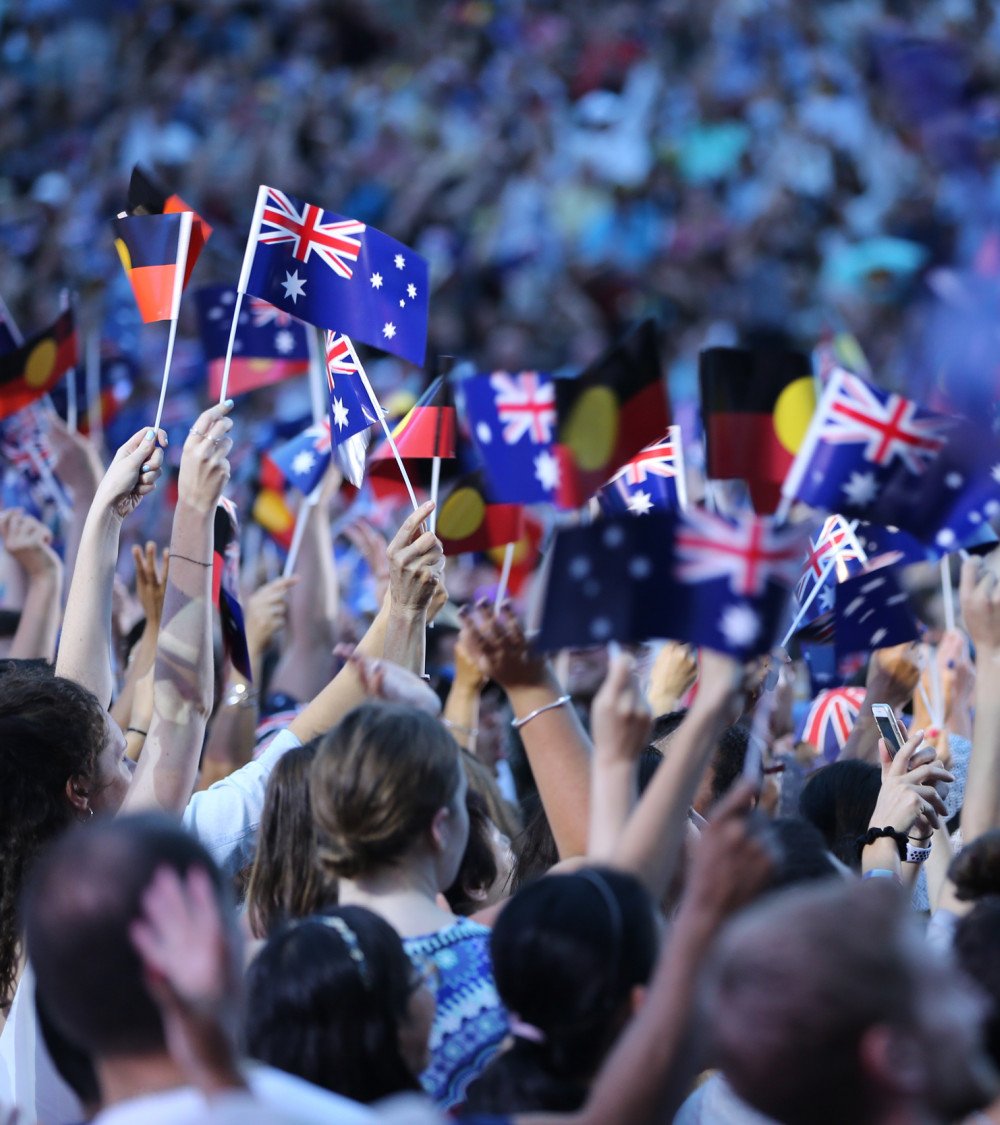 Australia Day 2023 is a day to reflect, respect and celebrate the Australian spirit and the best of this vast country; our mateship, our sense of community, our resilience; and looking to the future with optimism and hope.

The National Celebration Day Awards program provides our community with the opportunity to recognise the efforts and outstanding contributions of Nambucca Valley citizens and community groups who work tirelessly behind the scenes to ensure we remain a connected, sustainable, and creative community.

Recipients have been recognised from the following categories:

The Lions Club of Nambucca Heads will host this year’s Australia Day Family Fun Day activities at Gordon Park, Wellington Drive, Nambucca Heads.  The program will commence at 9.00 am with a Welcome to Country and a smoking ceremony, a sacred and reflective start to Australia Day. A free BBQ breakfast sausage sizzle and light refreshments will also be provided.

9.30 am to 1.30 pm – Family Fun
10.00 am - The Mayor, Cr Rhonda Hoban OAM will welcome our new Citizens and our Australia Day Ambassador Susie Elelman AM will make an address.


Susie Elelman AM is truly the epitome of a multi-media broadcaster and has been deservedly described by TV icon Bert Newton as the most versatile, informed and professional person in Australian media today.

Author, TV presenter, radio broadcaster, reporter and producer are just some of the many hats she has worn throughout an impressive media career spanning over four decades.

Susie Elelman is a name synonymous with daytime television and she is currently voicing her opinions as a regular panellist on Channel 9’s Today Extra with David Campbell and Sylvia Jeffreys.

Susie was Host and Executive Producer of her own national, daily, variety and lifestyle TV show SUSIE & then co-hosted & co-produced the national live news & current affairs show DAILY with Susie & Bianca both on the WIN/9 Network.

Susie’s long list of television credits also include more than eight years spent alongside Bert Newton as a presenter and reporter on Good Morning Australia and seven years with Larry Emdur & Kylie Gillies on The Morning Show. Susie was a popular regular co-host on Studio 10 on the Ten Network and a regular commentator in the Chatroom on Channel 9’s News Now.

Susie also went head to head with Stan Zemanek as a long-standing panellist on Network 10 & Foxtel’s Beauty and the Beast.

Some of Susie’s many other TV roles have included working as a researcher & reporter on HINCH and as a reporter on the national travel show Postcards Australia. She was also a newsreader/reporter on Clive Robertson’s Newsworld and a familiar fixture on Network Ten's Live at Five News presenting the weather.

Susie’s media career has seen her chat one-to-one with many international stars and she counts Tom Cruise, Nicole Kidman, Whoopi Goldberg, Audrey Hepburn, Kylie Minogue and George Clooney among the A-list celebrities she has interviewed.

An established presence on national radio, Susie regularly formed part of the 2GB Talkback Team on Sydney’s #1 radio station & on 4BC Brisbane & various stations on the Macquarie Network. Susie first hit the radio airwaves on ABC 2WN Wollongong in the early 1980s and has since been heard on WSFM, 2UE, 2Double0 & Radio 2.

This TV and radio broadcaster is also a newspaper and magazine columnist, as well as an award-winning, best-selling author.

After releasing her first book, Half My Size – The Thinking Person’s Diet, Susie was voted Australia’s Most Dynamic Author in 2006. Her sequel Still Half My Size hit the book stands in early 2018 and in November 2019 Susie released her third book 15 Minutes of Fame – The Dark Underbelly of Celebrity.

Without touching that remote control Susie can move her skills to be your emcee or corporate communicator and business educator. Bringing her signature charm and effervescent enthusiasm to every event; Susie can always be relied upon to deliver a powerful message with panache.

Susie’s the only woman ever to voice The Ode in RSL & Services Clubs Australia-wide.

For her services to charity, the not-for-profit sector & the Media , Susie was extremely humbled and honoured to be awarded an AM (Member of the Order of Australia Medal) in the Queen’s Birthday honours list in June 2015.

Susie is very proud, as a 1st Generation Australian of refugee parents, to be chosen as an Australia Day Ambassador for the 24rd year in a row.